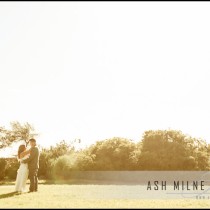 The invitations said to come and celebrate Kylie and Tylers Engagement. But they had planned a celebration to exceed everyones’ expectations!   We started shooting their preparations early. Kylie had stayed at the Buckingham International to get ready, whilst most of Tyler’s preparations took place at home. When he was ready he met Kylie…

Mare & Sash’s Macedonian wedding was an all-day celebration! Starting early at their respective house’s right through to the glorious reception at Luxor Receptions, the celebrating just didnt let up! We started as the first band was setting up and stayed well after the lights dimmed, to capture their special day!

From the moment we got there, bands were playing, friends and family were greeted with music and dancing in the driveway, followed by offers of food and drink to ensure that the celebratory mood was in full swing. This was the day for which George had been waiting. For many people, 12 years is a long time to wait, but George is a patient man. And good things come to those who wait! Steff had finally said it was time, and suddenly their big day was upon them. In order to make the…

Alexander and Amelia are gorgeous twins whose Christening I had the pleasure to photograph. I arrived at their home to meet their parents Dianna and Nick in various stages of preparation for Alexander & Amelias Christening. It was great to see the whole family around to help and support them with the big event. I…

Both originally hailing from Melbourne, it took joining the Armed Forces, and moving to Townsville for Sharni and Tom to meet. It took a yellow rose for Tom to woo Sharni, and from there the romance blossomed. Whilst their engagement may have been interrupted by deployments, Tom and Sharni remained focused and managed to organise…

Jaclyn and Wes were married on a glorious afternoon in Yarck, a few hours drive north of Melbourne. A delightfully intimate wedding ceremony, featuring plenty of creative and entertaining details paved the way for an evening punctuated by amazing food provided by the Tea Rooms of Yarck. Yarck is a tiny country town just outside…

We got Emma’s early in order to catch her getting ready for her big day. Mum was being tended to by the hairdresser and makeup artist, Dad was busy getting handsome, so we got to play with, and of course photograph Emma before she got dressed up. Of course, it didn’t take long for her to get all dressed up and ready for her Christening, cute as a button!